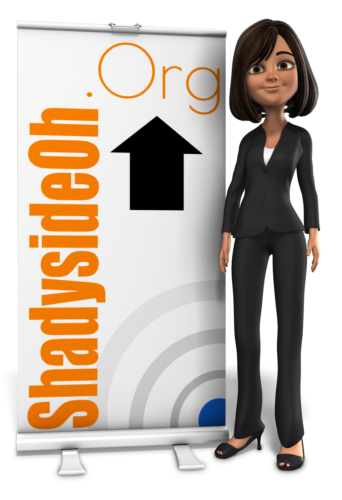 The November 6th election of 2018 had the Shadyside Village Renewal on the ballot. It passed with a 58% (812 for) to 42% (581 against) ratio. Since 2013, that ratio has remained constant in all village levies. About 60% vote for the levy regardless how bad the village slips down the drain. It raises a question as to how aware the people who vote for the levies are. Are they just Lemmings that would jump off the cliff if the mayor said to?

Our pool has deteriorated and closed despite many villages around us having maintained and thrived with their pools. Our pool was one of the finest in the valley, but now it is trash and probably going to be given away for free to the school. An investigation should be made about the pool, it's closing and the connections to the new school and Haswell. Questions arise as to the timing of the closing and Haswell's studies for the new school and the relationship his wife has with the pool.

The water department is the worst offender in the list. They were being eaten alive for raised rates. Then, a major water line break occurred, reservoirs emptied and they became heroes. This diverted the anger swelling in the village. Odd, there was a new alarm connection for the reservoirs put in two years before. Staff should have been aware of the draining since most important systems have notifications by pager or other means.  No one was held accountable for this cover-up. The superintendent should have been fired.

Now, water rates have continued to rise without specifics given. Money was set aside in previous years for the new meters. Claims of the demand by the EPA just doesn't make sense. The EPA doesn't care about your water bills. It's just BULLSHIT excuses by the water board and the village. And there was a report that the department ordered the wrong meters and had to pay a significant penalty for replacing them. And finally on the subject of the water department, water is reportedly to go up again in January 2019 from a base rate of $30 to $54.

Streets are decaying and drains are crumbling. Look at drains on many of the street corners in town. Crumbling, clogged and not kept up. In the past, the drains were constantly being repaired. Now, nothing. Streets are a trip in itself. Poorly patched, rough and bumpy.

We have the highest taxes in the county. Significantly more than surrounding towns. But, the services are not matching what we should have. No pool, poor water and deteriorating infra-structure. Only lie after lie is being thrown at us to believe. It amazes me that so many people are gullible and vote for what is dropped in front of them.  PT Barnum was attributed with the quote 'There's a sucker born every second!' It appears that 812 of them are in Shadyside.

Check out our sister site:

It's here! Subscribe to our newsletter and get the latest news directly in your inbox.